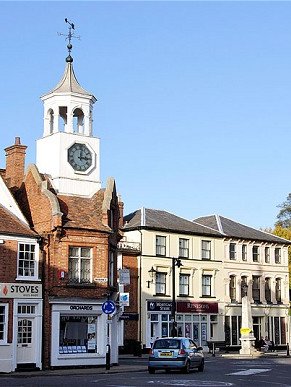 The Ampthill "After Class" Concert

With Ampthill being our first event held in the UK, we have put together a fun and varied programme for the concert including a soloist who performed at the wedding of Prince Harry & Megan Markle in front of a televised global audience of over 2 billion people!

With the local participants of the Brass workshop having worked hard all day, they will perform music that they have learned and rehearsed in just one day to show off their talents to you!

They will also be supporting our very special guest soloist, direct from entertaining the tourists at Windsor Castle, Andrew Laurie from the Mounted Band of the Household Cavalry.  They will also be backing another mounted musician Cameron Purveur and the World Military Band Festivals own Seb Schmitt from Germany who, along with Andrew and Cameron, will perform an up-tempo classic as a Trombone Trio.

It's not just Brass though! 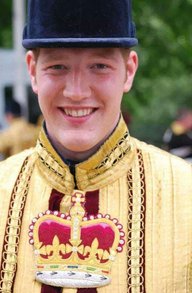 Andrew's day job is with the Mounted Band of the Household Cavalry, so he can often be seen (as he is officially a giant at about 8 feet tall!) during the changing of the guard at Windsor, or playing on horseback for Trooping the Colour and other prestigious royal and state events.  He is also a one of the Queens' State Trumpeters.  Over 2 billion people heard him during the Royal Wedding of Prince Harry and Megan Markle, many of them without the need for a TV!  Bass Trombone player Andrew will entertain you with both a Solo and a trio with fellow Cavalry musician Cameron Purveur and our very own Sebastian Schmitt. 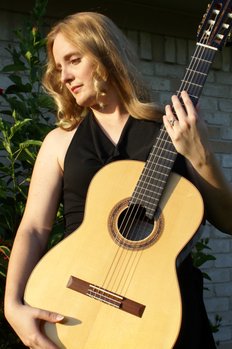 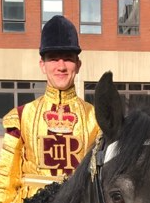 After reluctantly learning to play the Trombone with the fantastic Tewkesbury Town Band, Cameron finally decided on a career in Army Music and is currently posted with Andrew in the Mounted Band of the Household Cavalry.  Cameron has been a great help in assisting with this event, despite the constant distraction of his XBox and planning his upcoming wedding! 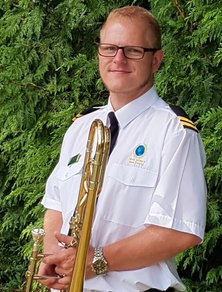 Seb is one of our company directors and can often be found at his favourite "Blasmusik" festivals and concerts, more often than not playing rather than watching!  Living in Hessen, Germany, Seb learned to play Trombone at an early age and chose to be different from his family members who all played "stuff with valves".  Aside from being worked to death by us, in his free time Seb like to play football and is a die hard BVB Dortmund fan.  Immediately after the Ampthill concert Seb will fly out to join Dave for a series of performances in Los Angeles, Las Vegas and Lake Havasu in the USA and assist in the important "business related drinking with a little playing thrown in" stuff!

Valerie began playing guitar at the age of three, and studied with maestro Alexandre Lagoya in Nice at the age of six.  She has won several international competitions before performing and broadcasting in Europe, The USA and Canada, most recently for BBC Radio 3 on "in tune" and at the Latitude Festival where she was dubbed "Enrapturing"!  She has performed in over 30 festivals and 200 concerts, including the ChamberArt music festival in Madris, The Pennsylvania Acamdemy of Music Festival and at Guitaromania in Agen, France.  As a guest soloist and chamber musician, she has performed for guitar societies across Europe, the USA and Canada.  Valerie holds a batchelor's from Peabody Conservatory where she studies with Miguel Barrueco on scholarship and a Masters Degree from Radford Univeristy in Virginia where she was awarded a Graduate Teaching Fellowship.  She is also the Artistic Director of the annual "Classical Minds" Guitar Festival held in Cambridgeshire.  Her recordings include highly acclaimed solo album "Ex Tenebris Lux" and the ensemble album "Presti". 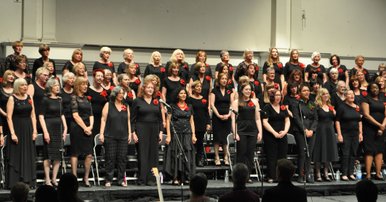 Alive and Singing Community Choir is an all-inclusive singing group that specialises in performing rock and pop music,from the1960’s right up to the modern day. Our choir members, aged 18 to 80, have been singing together for 8 years originally directed by our founder Jamie Serafi and now under the leadership of Barbara Fleet. Our choir has four branches in Ampthill, Bedford, Milton Keynes and Stevenage and through our concerts we regularly raise funds for The East Anglian Air Ambulance

Professional Drummer Ian is a faculty tutor & clinitian at the renowned Echo Factory in Leicester and is officially endorsed by Evans Heads, ProMark Sticks, Cymbomute and Tunerfish.  He has a monthly column in Drumhead Magazine, and comes personally recommended by Paul Wellers former drummer, Steve White.  Recently Ian has performed in "Spamalot", "Jesus Christ Superstar", "Cinderella" and topped the bill at the Best of British Drum Event in London.

Ian now lives in Ampthill so if you see him on the street, make sure that you say "HI"! 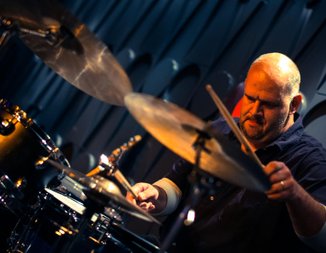 Hear Andrew and the Household Cavalry state trumpeters at the Royal Wedding.

Andrew absolutely NAILS IT with his incredible note at the 45 second point!